The work on our blocks has begun, but there are two different works to be done. The asbestos tiling has started on the third block which is in the next street over. The second lot is to replace the glass panels in the hallways. There are four flats to each hallway with 40 odd such hallways. The council is spending a lot money on these three blocks; I wonder where it has all come from. We won’t get a straight answer on that one!

Tuesday evening when we did a bit of shopping we bought a copy of Exodus, the new version of the OT story of the flight of the Hebrew slaves from Egypt. This version has stripped away all real spiritual elements and the glamour of the old Charlton Heston version, The Ten Commandments. I always found that one to be far too hairy-fairy really, but this new one isn’t so good either. We sat and watched it but we won’t be rushing to watch it again methinks.

Also while we were shopping, Jan saw the book The Girl on the Train going for £7 in hardback. When we got home she looked it up for her kindle and found that it was priced at £5.99. Considering what I wrote yesterday about there being markets for both forms of books, I’m surprised that so many e-books are so expensive in comparison to hard/paper backs. I don’t think the writer gets anymore in royalties from e-books extra prices, so the publishers and books sellers must get it all.

Atom Bomb Angel finally bit the dust last night. I’ve enjoyed reading it but it’s not as good as a lot of Peter James’s other work. I don’t want to spoil it for you in case you do want to read it, but the butler didn’t do it! Now then, for the next one I am trying Game of Thrones again. Before settling last night I got the prologue read; tonight I shall get on with the rest of it, hoping to get further than I did at the first attempt.

My copy of Office 2013 is up for renewal of its subscription at midnight tonight. I’m not too sure I want to bother with it. I installed my own copy of 2003 just after I bought this machine but it kept clashing with the pre-installed 2013. In the end I gave in and paid the subscription. Today though I am going to have a play and see about ditching ‘13 and returning to ’03. To start off with it I shall open my documents and save them to a different SD card for now and then try the deleting. That way I should be able to sort it out; we’ll see … … …

Jan is thinking of going back to Kingsbury tomorrow, but I don’t fancy it really, I’m still tired after Tuesday. That means that I won’t have any new photos to post and I will have to post more of Tuesday’s efforts, so here’s one of them … 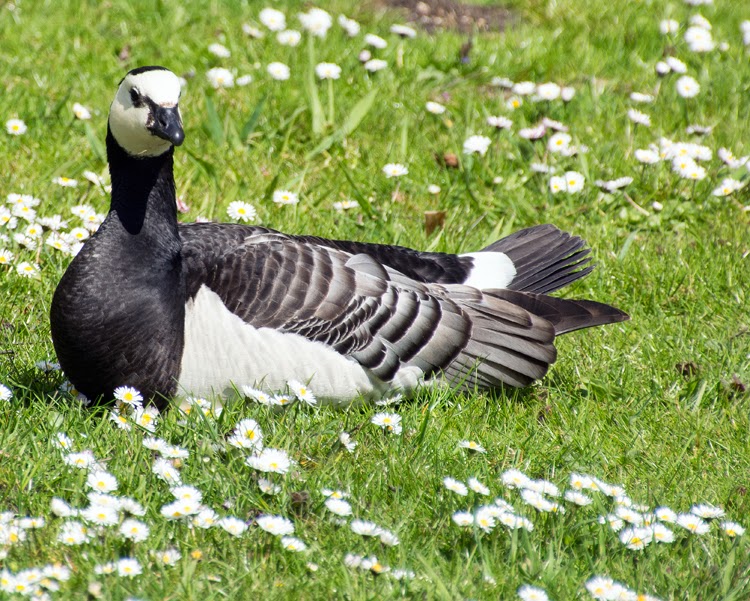 “Now hiring,” read the classified ad. “Cemetery superintendent. The ideal candidate must be able to supervise in a fast-paced environment.”
Posted by BirderRon at 06:35 No comments:

How is value measured ...

Some time ago I read something along the lines of, ‘The advent of the e-book has brought the end of the paper version of books.’ But has it really happened? For me, it hasn’t. I use both forms; a paperback in bed and an e-reader when I’m sat in the living room. Jan finds it hard at times as to understand how I can keep the story-lines clear. Well, I do keep them clear, along with the mags I read too. What has brought this up is that I read a comment on Facebook last night which made me wonder about the value of books in any form.

The comment was, ‘979 books in my TBR pile’ but I’m forcing myself to read an old book before a new one.’ Oh, really: but is there any value in that pile? This came up years ago in a chat I had with my brother years ago after I bought a tatty paperback from a charity shop. Dave saw it exclaimed that he wouldn’t have bought a book in such a state, but would get a brand new hardback copy. ‘And when would you read it Dave?’ I asked; he didn’t reply. ‘ This one was 50p and will be read by the end of the week; if you go out and buy a book for £20 and it doesn’t get read, who got the better buy?’ His arm folded and his eyes went up to the top right hand corner of the room and refused to answer or even look at me. That’s another win for me! Anyway … returning to the unread pile … I would suggest that if someone has that many books that need reading, then they should perhaps think about not buying any new ones until that pile has been read.

It won’t be long before Springwatch is back on our telly shows. One of the many locations for it was Pensthorpe Natural Park, and that is where we were yesterday, and it was a so-so day. We arrived OK and set off round the site and to start with it all seemed fine. What we didn’t know was that it’s along the lines of the Wetland Trust sites like Slimbridge, but nowhere near as good. It looks like all the fences are electrified, even the tall ones; their ‘collection’ of birds was poor; but what really made it attractive to Jan was the mention of red squirrels. Yes, they do have then, but they are part of a breeding program and they’re not freely running around.

Next came the pathways. Most were fine for us in our scooter, but around 20% were not suitable for us, even though we were assured that we could get round the whole site. Other paths were hardly visible, let alone usable for us. In places we had to get off the scooters and push/walk them forward. The wild birds there wasn’t all that high in number, but that’s birding all over really and it can’t be blamed on the centre. We took a packed lunch with us so we can’t say what the café was like, but the shop is quite large and from what we saw is of reasonable value. As I said, a so-so day.

On Monday I mentioned that I had got 28 shots of a mistle thrush on our bird table. Well, yesterday I just carried on the with the same SD card and out of the 100 shots I got, only eight are worthwhile. At least one of them is of the thrush … 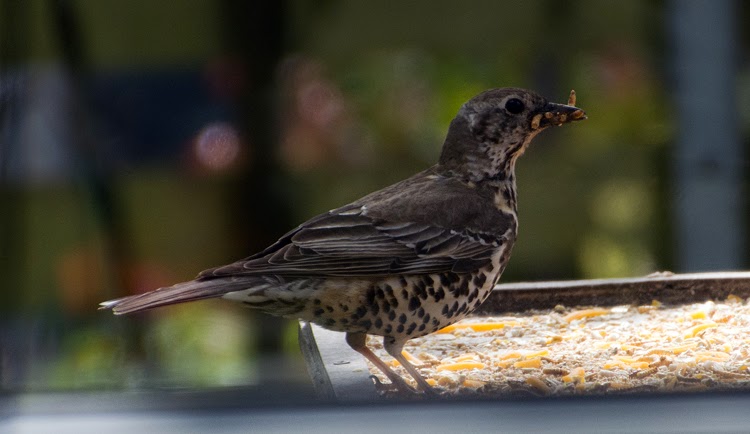 The best legal advice ever … …was spotted on a billboard ad for the law office of Larry L. Archie: “Just because you did it doesn’t mean you’re guilty.”
Posted by BirderRon at 04:27 No comments:

We have a mistle thrush visiting our bird table, so while Jan was busy making videos, I was busy taking stills, 28 the last time I looked. They won’t be edited until Wednesday I think, seeing as we are busy for the rest of today and tomorrow. Besides, I might get even more shots, and perhaps better ones later this afternoon.

There has a lot of workmen walking about out back and eyeing up what needs doing where. Some time I ago I mentioned that the tiles covering the outside of the upper floor of our building has asbestos in them. The council has at long last decided that they are going to have those old tiles removed and some new covering added. There are three blocks on this site, all with the same tiling on them and seeing as they are starting on the flats opposite us, it’s going to take some time before they get to us. However, no matter where they start erecting the scaffolding they need is going to be a bit of a job on its own, not so much erecting it as such, but in having to carry it from out front on the road. I can see us losing all our bird visitors when they start properly.

Mother Earth has had a good old shake and yet again people have died in their thousands in Nepal. Many more are injured as well. Getting into the area normally is a task in itself, but getting help in is going to be even harder, simply because of the urgency needed. Here in Dorktown we have a large contingent of ex-Gurkhas and of course they are now mobilised themselves to collect cash to send out to help.

The reason we have so many Gurkhas is that we have an army base just outside town which happens to be the HQ of the Gurkha Signal Regiment. As they come to end of their military service they move into the town and settle – or at least those who don’t go back to Nepal that is. In all honesty, they are a welcome addition to our town, so much so, a new Gurkha War Memorial has been erected in Riversley Park.

Well, Kile went off home, but wasn’t all that keen going as early as Jan took him. He loves his little brother but he does get a bit fed-up with him when he’s running around so much. Billy is late getting off to sleep and early getting up, while Kile needs to settle early ready for school. He’s very happy to come here to us where he can rest up ready for the off again. We would like to go to Bempton Cliffs and take him with us, but it seems he’s not happy with heights, and Bempton is very high indeed.

So, time for a photo then; I was hoping to post one of Bempton Cliffs that I know I have already but I can’t find it, so instead here’s another of my favourite flowers … 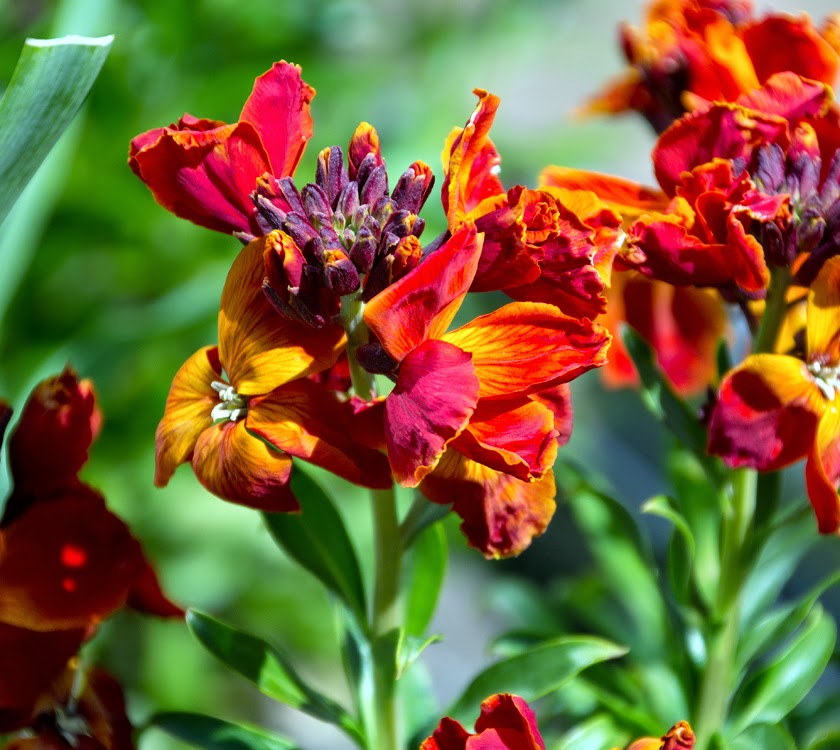 And to today’s funny …

A client called my help desk saying she couldn’t send an e-mail. When I was done troubleshooting the problem, she interrupted me to ask, “Wait a minute, do I type @ in lower- or uppercase?”
Posted by BirderRon at 07:49 No comments: