Time flying, Dorktwon remembered and the rising cost of spending a penny

Jan had a pretty good day yesterday at Bourton, except for the price of 20p when they needed to go to the toilet – inflation see. I can’t say I’m surprised at a charge being made, after all, the place is a popular tourist spot. Parking charges are also high it seems.

When I was there on Sunday I paid £3 for just three hours. Jan paid £6.95 seeing as they were there all day. Just after she found out that by using her blue badge she didn’t need to pay at all. And that really bugs me folks, for two reasons. The first reason is that I read every word on the parking charges board and didn’t see anything about the blue badge exemption.

The second reason is that, after Bourton I headed for Oxford and parked on St Giles opposite the museum there; and that was free too, for all day as well. So then, if tourist places like Bourton and Oxford don’t charge for disabled parking, why on earth does Dorktown council charge us? They will no doubt say that you pay for one hour and get an extra hour free … wupydo! A whole extra hour! Generous aren’t they!

Over the last few weeks, local historian Mort Birch has produced a pull-out article on the town. It’s surprising just how much the place has changed. Mort has asked for any memories of the town so that the history and can be kept alive. There are so many of them that I have I wouldn’t know where to start, but I’ll have a go.

There’s the old Midland Red bus garage which stood where part of the ring road now lies. I remember the old buses and the old AEC signs in the middle of the bus wheels. I remember being taken to the garden area of the Castle pub in the Market Place where I always had a bottle of Vimto because looked dark, just like dad’s pints of mild. Then there’s the ladies loo we used to go to. Dave and me used sit in the front lounge while mam went through the back, although I have a feeling it was a ladies loo.

The town was once famous for jam making, and apparently was called Treackletown. I hadn’t heard about this until a few years ago when a large boiler was found in the rear of one business had begun making alterations to their shop. Anyway, this brought another memory to the fore; I remember being taken it a place in Attleborough where my gran worked. She was sat at a long table with a lot of other ladies picking out to storks of strawberries. Across the road for there was a local Co-op store on the corner of Attleborough and Lister Street. And there are so many more too.

I’m beginning to wish I had kept all those articles now, todays is the 8th in the series, all fully illustrated too. Never mind, too late now. 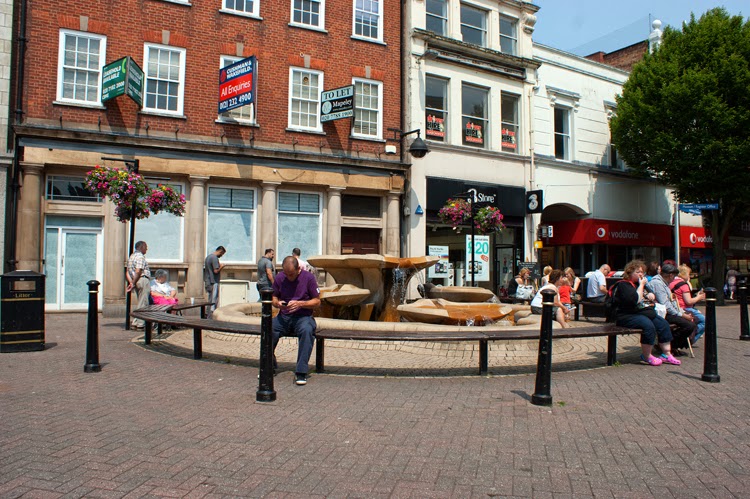 Tom and Mat were best of friends, they played football once a week for 50 years. When they were getting older they had an argument if people play football in heaven. So they made up that whoever dies first will let the other one know what happens in heaven. After Mat dies he comes to Tom in a dream and tells him, ”You were right! They play up here and not only that, they have your name for starting quarterback!” “Oh wow!!! That’s great!!!” Tom replies. “Well,” replies Mat. “Not that great, they have you playing tomorrow night!”

Well, that’s Jan off out for the day now. She’s taking Kile and Billy and their gran down to Bourton, where I went on Sunday. The weather is looking good for them so hopefully the boys can go for a splosh, and knowing Jan, she will likely join them too. So yet again I’m left all alone to get into all sorts of mischief. Now I’m hoping she never catches on ;-)))

Sometime ago I wrote about Russia’s Putin and the danger he presents to the rest of the world. This man is a real danger and it’s one that politians have finally come to see; whether it’s too late to curtail him I’m not sure, but something will need to be done. At the moment he seems to be acting without fear of the views of the rest of the world.

The second major problem for the world today is of course, is what to do about Israel and Gaza. This part a part of the world that has caused problems for thousands of years. It all stems from when one younger brother tricks his blind father into blessing him instead of his older brother. This act set up the regions peoples to become the two separate groupings of the 12 tribes of Israel and the 12 tribes that became the Arab nations. For all the years since then there has been hatred between them.

Then came Herr Hitler and WW2. Millions of Jews were slaughtered across Europe where they had spread out over the years. During the late 1940s a new state was set for the Jews, Israel and to set it up Palestinians were pushed aside to create the new state. The seeds of the modern conflict were sown, and I’m not sure where to give my support.

It would seem fairly obvious to me that Israel, knowing how it is to be a homeless state, would show more sympathy to the Palestinians, who are now currently stateless. On the other hand, the Palestinian organisation Hamas has sworn to destroy Israel. Now there is no trust between either group with Hamas firing rockets indiscriminately into Israel, who of course retaliates with full the full force of its defence forces.

The city of Jerusalem is sacred to three of the major religious groups. Christianity, Judaism and Islam all look to the city as the centre of their faith (although Islam also look to Mecca too.) Right in the middle of Jerusalem is one of the holy sites of Islam. I wonder what will happen if one Palestinian rocket was to hit it? But then of course, if it doesn’t get hit, does that show that the rockets are not being fired indiscriminately?
In his Jack Ryan novel Sum Of All Fears, Tom Clancy had the rather fanciful idea of bring all the groups together and installing the independent Swiss forces to police the streets of Jerusalem. However, as in the novel, any such idea would be scuppered by the odd one or two idealists who wouldn’t accept anything like that, simply because Israel, as a state, still remained in place. And so the conflict continues and it seems, will do so for ever while hatred and fear lives there.

Enough of my ramblings, here’s another photo … 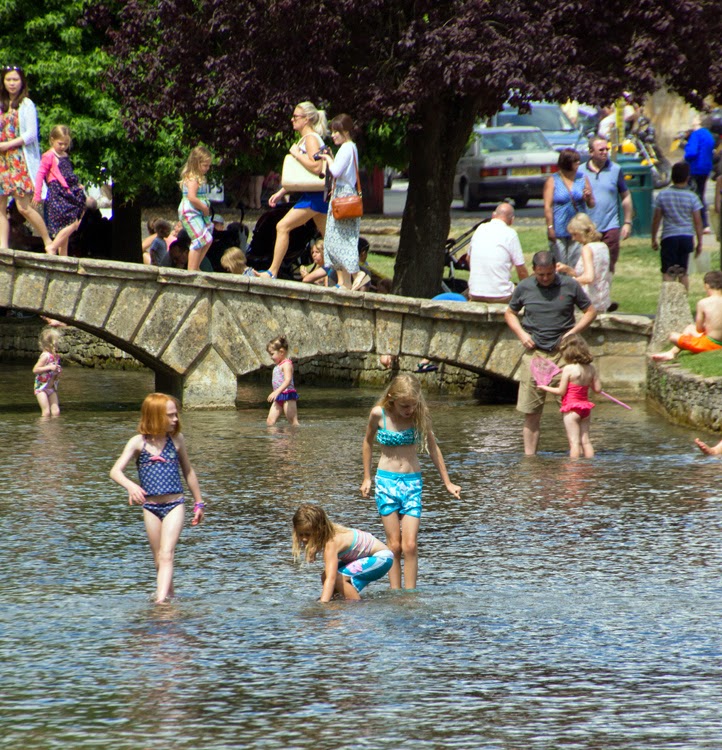 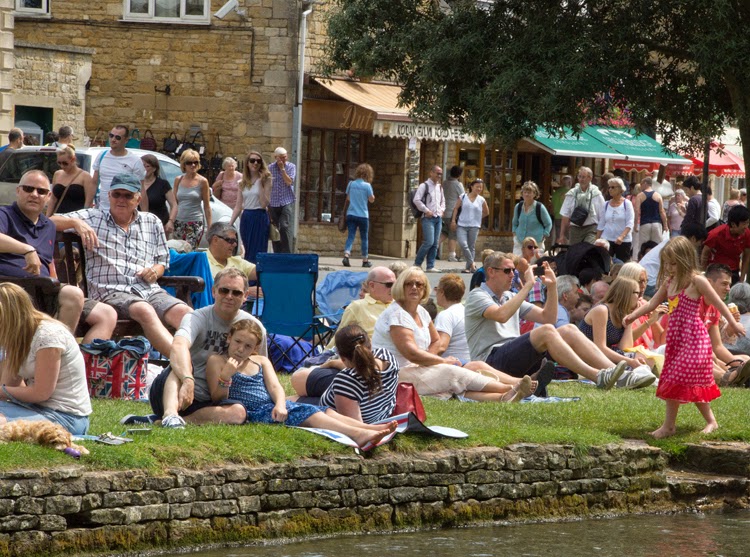 This is what I hope Jan sees when she arrives in Bourton today.

Tom was sitting in the coffee shop one day looking so glum. “Whats wrong?” I asked. “My mother died last month, and left me 60k!” “Sorry to hear!” I replied. “Then my father died last week and left me 20k!” He continued. ”Wow , that must be so hard, loosing two parents in a month!” I replied. “Yeah, then today my brother died and left me 10k!” I put my arm around him to comfort him, and he looks at me and continues, “the worst part of it is there is no one left for next month!!!”
Posted by BirderRon at 02:05 No comments:

Shopping, getting what you pay for and lack of choice

Tuesday and it’s another really nice day. Our plans now are for us to go out for a short time later this afternoon, ending up in the town centre so Jan can go to one particular shop to buy buts for here sewing machine.

The reason we are going out is that we are going have look around an Aldi stores out on the A5. It’s been ages since we’ve been in one, and we haven’t actually been in that one. When they first opened a store here in Dorktown, we tried it and did find we saved a heck of a lot dosh on our weekly shopping. However, the usual caveat of buyer beware needed to be used; I have a feeling that will be the same now. The old saying of ‘you get what you pay for’ certainly applied back then.

We quickly found that we didn’t like the items we bought and ended going back to Co-op for the bits we liked. The result was a lot of wasted petrol in driving from place to place, along with a much longer shopping trip. We soon moved to Asda where we have shopped on a more or less permanent bases since then, apart from the occasional trip to Morrisons. Tesco and Sainsburys are far too expensive for our liking.

What has brought this lot on is last night’s Despatches show on the way that the big four supermarkets have lost so much custom over the last few years. I don’t know though, perhaps we are far too fussy on the taste of the items we have bought there. When we lived just off the town centre, Aldi built a new stores a couple of hundred yards from us. So, one time when we were Coventry we saw an Aldi store and went in for a look. We bought a number of items to try; the kindest thing I could say about it, is that the stuff was tasteless pap. Again we went back to Asda the following week.

As I said before, perhaps were are too fussy. But it seems to me that if you don’t like the taste, then you don’t buy it again. Maybe things have changed a lot in those stores by now, I’ll see this afternoon. I have feeling though that they won’t have changed all that much. Jan was at the Aldi we are going to yesterday with Kile’s mum and she came back with a pair of shoes for me, so I’ll give them a go today too.

Their fresh fruit and veg should be OK too but the choice is very limited. I wonder when and if at some time there will be a backlash against them of the lack of choice? I eat a lot of apples for example, and I get quickly fed up with same variety every week; perhaps others will get to be fed up with same few items week after week. Whatever, we shall see what we see later eh? 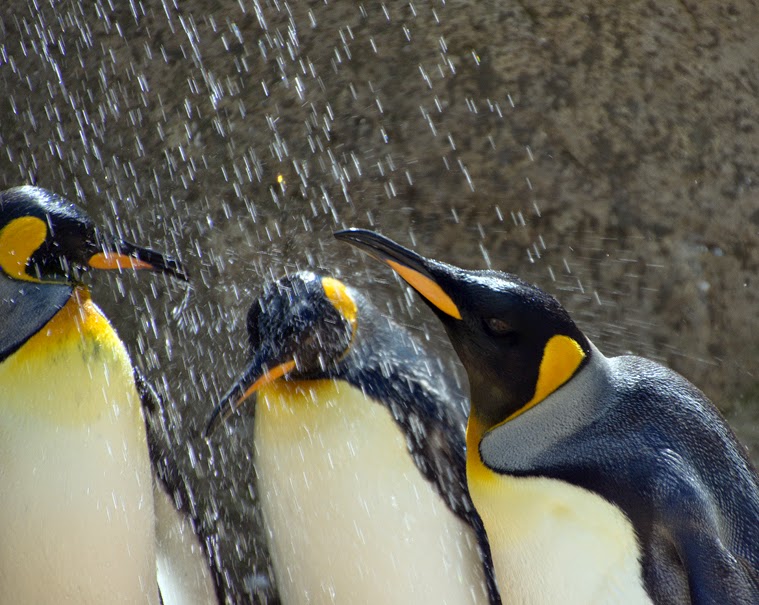 Josh phoned his heart surgeon to schedule an appointment for an immediate surgery. ”I’m sorry,” the receptionist answered, “we don’t have anything available for the next three weeks.” "But I could die by then!” "No problem, just call before to cancel the appointment.”
Posted by BirderRon at 05:00 No comments: