Too much is too much

A happy new year to all my lovely readers, hope you have a good one.


So, what did you do with your extra one second last night? ‘What extra second is that?’ It seems that our planet doesn’t spin at a constant speed and a second had to added to one day so the atomic clocks and GMT keep the same exact time. Money markets aren’t happy about it because of the way their computers work, which now to be reprogramed. Of course we needed to be told about it because it’s such an important topic that we really do need to know about it. Let’s hope that spin doesn’t slow down this coming year or they’ll be stealing it back off us next year.

Absolute Power, the first David Baldacci book to be published in 1996, is what I am currently reading in paperback. I bought it when I saw it because I’ve always liked the film with Clint Eastward in the starring role of Luther Witney. The film does follow the book pretty well for the first 300-odd pages, then it changes, and what changes! I’ll not give them away just in case you fancy giving it a go, but be prepared for those changes. Anyway, what this paragraph is really about are the words, ‘in a New York minute’, which Baldacci uses quite often in the book, but what is a New York minute and how does it differ from say a Brum or Manchester minute. Well, it seems that it relates to the hectic life style the New Yorkers are supposed to live. See, stick with me kiddo and you’ll learn all sort of useful info. Here it is 9.50am already and I’ve given two vital, need to know information.

Seeing as today and tomorrow are a bank holidays, I’ll not burden you with any more simply cos you can’t bank them until Tuesday, I’m sure you have enough to concern you caring for all this thick heads after last night’s booze. So, I’ll leave it there for today. 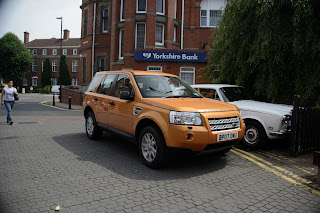 Old age is when your former classmates are so gray and wrinkled and bald, they don't recognize you.